After the season’s last snow event in April, while pushing snow out of the path from the house to the shed, my attention was taken by several black-capped chickadees frolicking among the branches of the beech and maple trees straddling the wild blueberry patch.  My path goes through the patch, between those two trees.

Black-capped Chickadee, Poecile atricapillus. Click the picture for the full screen image at e-bird.org, with their report on its natural history, sounds, habits, etc.

I had been dragging my feet, frustrated with something on my mind that I can’t remember now.  Doing “snow moving meditation” (or “snow clearing yoga”) was helpful, as usual, but this time it was challenged by weariness that slowed me down and made the frustration worse.

I took a break to watch these winged, chatty attention snatchers.  I rested one arm on top of the snow shovel handle, my hand extended away from me.  One of the birds flew close by.  I waited to see if they would grace me with a closer visit, having heard they will sometimes land on a person.  It never happened to me in all the times I spent with chickadees.

~
Soon, one landed on my glove and looked for something good in my eye.  Then, a second one landed on the bill of my cap, its tiny tail flicking just barely within sight.  I held more perfectly still than I knew I could.  The second bird said to the first one, “You’re right.  He’s okay.”

I whispered hello.  Just before returning to the trees, they replied.  I’m not sure I’m translating it entirely right, but it goes something like this:  “Just when you think you’ve lost your grip on the good, the true and the beautiful, you get chickadeed.  So, chik-a-dee-dee to you!”  It’s as if they knew I was not as lost as I felt.

In other words, wake up to the reality you live in, not just the one that lives in your head.

Does this have anything to do with the chickadee’s head-to-body size ratio?  Just a silly thought that came up while observing its head.

Chickadees are known to be friendly and curious.  I have been surrounded by them often, investigating me from nearby tree branches.  On one occasion, there were at least a dozen of them giggling among the branches of a big old apple tree found on a bushwhack off the south side of Taylor Pond.  It was the first time I was immersed in so many of them so near my head.

Black-capped chickadee alarm call audio (the number of syllables and their variations in pitch and volume indicate different meanings, even different types of threat, truly a language using sound similar to the way humans do):

This snow-shoveling intermission visit in April was the first time they deemed me as worthy as the branch of a tree to land on.  They were not there the next day, or any day since.  Of course they are all over these woods, but not waiting for me on that particular path.  This fact is a reminder to stay immersed in the perceivable present realities of nature rather than go looking for ones that are no longer evident.

So be careful who you call a bird-brain like me.  That’s BIG-HEADED bird brain to you!

If you want to find out how much more interesting this bird’s conversations are than you would have imagined, check this out.  Even the first few minutes will take you a long way:

Did you know that Nat King Cole’s 1947 song Nature Boy was written by someone who helped inspire the Hippie movement?  Of course not.  Who the heck would know such a thing?

… Someone does.  From Wikipedia:

Nature Boy is a song first recorded by American jazz singer Nat King Cole. It was released on March 29, 1948, as a single by Capitol Records, and later appeared on the album, The Nat King Cole Story. The song was written in 1947 by Eden Ahbez and is partly autobiographical. It is a tribute to Ahbez’s mentor Bill Pester, who had originally introduced him to Naturmensch and Lebensreform philosophies, which Ahbez practiced. When Cole was performing in 1947 at the Lincoln Theater, Ahbez wanted to present the song to him, but was ignored. He left the copy with Cole’s valet, and from him the singer came to know of “Nature Boy”. After receiving appreciation for his performance of the song, Cole wanted to record it but needed consent from the writer. Eventually, he tracked down Ahbez.

Important Lebensreform proponents were Sebastian Kneipp, Louis Kuhne, Rudolf Steiner, Karl Wilhelm Diefenbach, Fidus (Hugo Höppener), Gustav Gräser, and Adolf Just. Some practitioners of Lebensreform such as Bill Pester, Benedict Lust, and Arnold Ehret emigrated to California in the late 19th or first half of the 20th century and directly influenced the later hippie movement.[1][2] One group, called the “Nature Boys”, settled in the California desert. One member of this group, Eden Ahbez, wrote a hit song called Nature Boy (recorded in 1947 by Nat King Cole), popularizing the homegrown back-to-nature movement to mainstream America. Eventually, a few of these Nature Boys, including Gypsy Boots, made their way to Northern California in 1967, just in time for the Summer of Love in San Francisco.[1] 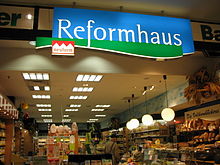 One noticeable legacy of Lebensreform in Germany today are the Reformhaus (“reform house”), retail stores that sell organic food and naturopathic medicine.[3]

So now you know.
Everything is connected.
Have a great knowing day.

And for fun and peace-giving, here’s one of my favorite Native American sing-along songs, by Joanne Shenandoah and Lawrence Laughing on their Orenda album.  Try tooling down the highway with this playing loud and see if you can avoid singing along.